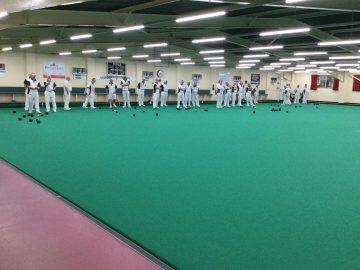 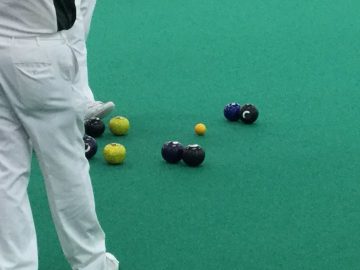 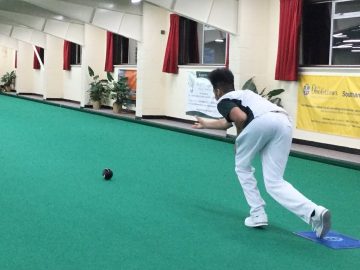 Dorset Mens County Team managed to do the double over Hampshire, at Atherley on Sunday.  The match was tightly fought across 5 of the rinks, but a strong performance on the rink led by Paul Tidby, ensured Dorset were always ahead.  The match progressed as follows:

After 10 ends the score was 68 – 43, Dorset continuing well and steadily moving away

After 15 ends the score was 82 – 75, Hampshire fighting back hard and were certainly not giving up

The match ended with rinks being shared at 3 each.

An enjoyable game as always against Hampshire, with the day finishing with a nice meal served up by the caterers at Atherley.

A good result for Dorset, and a great start to the New Year.

Photo on left of Andre Ferguson, from Wellworthy, playing just his second match for the County, and making a significant contribution to his rinks eventual win, in a tense tussle, by just 3 shots.  Great to see some younger blood interested in playing for his County.