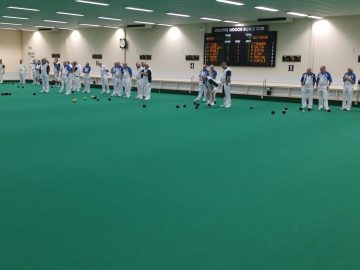 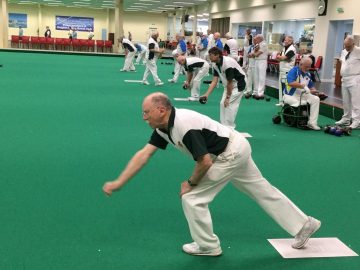 Following the defeat to Somerset, Dorset bounced back achieving an outstanding result against Wiltshire.

Following a fine meal served by The Dolphin catering team and the, as always, enjoyable company of our Wiltshire opponents.

Following the new boys, came a reward for longevity, Jim Andrews was presented with a ’50 Match Appearance’ blazer flash.