The Mens Over 60’s match against Cornwall was played at the neutral Club of Taunton Deane, Somerset.  It was a tough afternoon for Dorset who were always trying to hold Cornwall, and stay in touch.

Dorset came back at Cornwall on a couple of rinks in the end to reduce the deficit to just 21 shots, losing 102 – 123, but it was not enough, and ended a tough afternoon, disappointed. 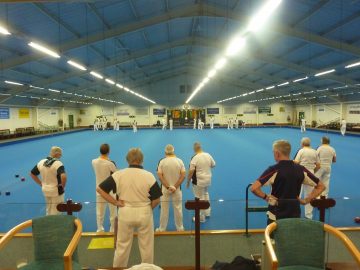