The first County Match for Dorset Men and its new President Barrie Tatman, was a tough one against Surrey, who always turn up with a strong squad.  3 rinks took the fight to the Surrey, 2 losing by 3 shots and the other by just 2, making Surrey fight to the end.  Overall though, Dorset lost by 39 shots (102 – 141), and other than a brief period at the start when Dorset were ahead, soon found themselves trailing once Surrey had got the feel of the green. 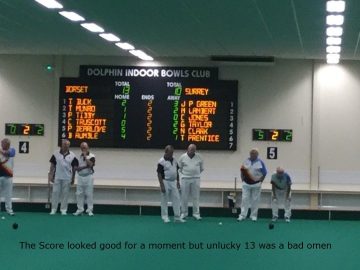 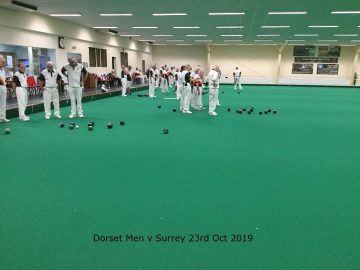